NDLA participated in an open house celebrating the opening of a swine finishing operation for Fairview Colony.

Photos from the Event 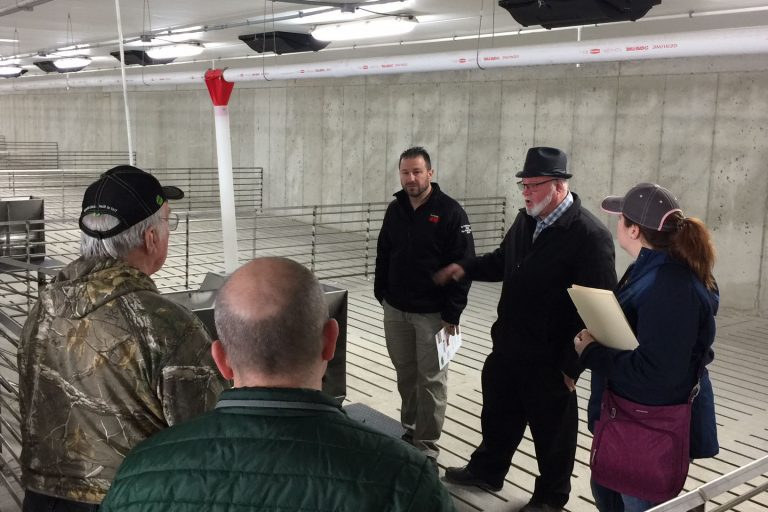 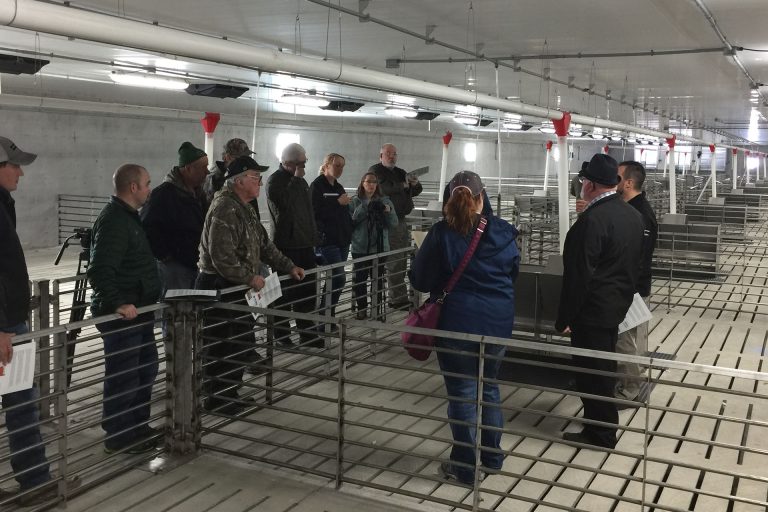 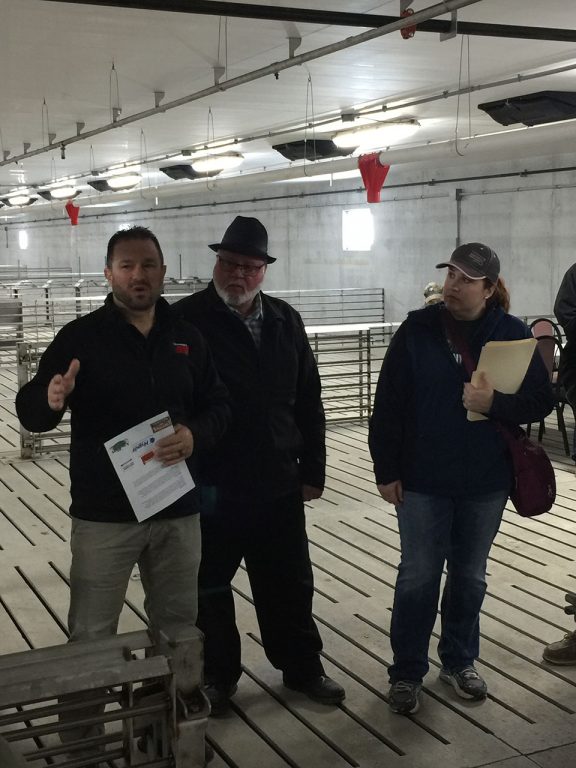 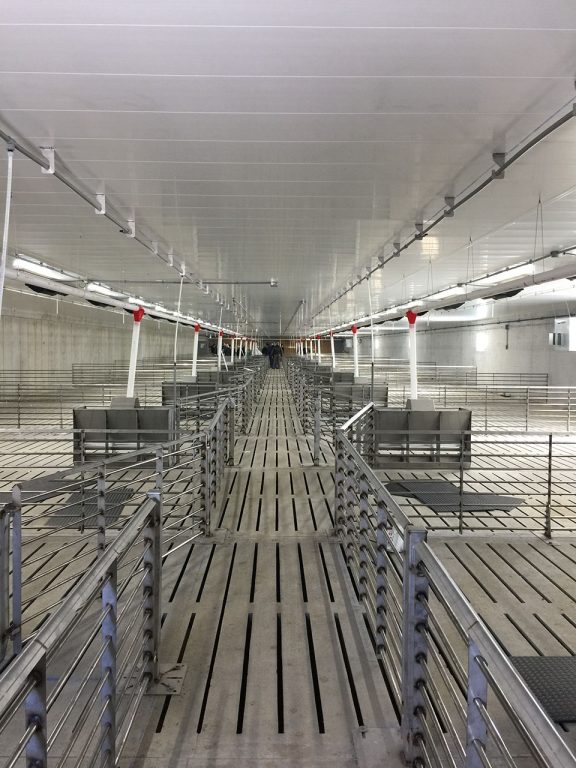 To produce high health finished pigs that have never received antibiotics for Fairview Colony to be sold to Coleman Natural Foods in an environmentally sensitive and animal care focused manner.

The Fairview Colony sow farm using Hypor genetics will provide animals to the facility weighing 50 lbs and growing them to 270-290 lbs, which will take approximately 18 weeks. This farm will sell around 16,000 finished pigs a year.

Fairview Colony will supply all staff and management for day to day operations. Veterinary services will be provided by Standard Vet Services based out of Omaha, NE.

The farm is permitted by the North Dakota Department of Health for construction of 6,000 finisher spaces. The barns were constructed by Fairview Colony. The farm consists of two 103’ x 252’ building with an 8’ deep pit. These two barns can hold 3,000 head of finisher hogs each. The two barns are connected by a walkway with a dedicated office, which houses a shower and supply storage.

Animal nutrition services will be provided by Standard Nutrition Services out of Omaha, NE. Feed ingredients will be mixed by Fairview Colony. This farm will require 5,200 tons of feed annually and will use approximately 148,000 bushels of corn and 950 tons of soybean meal.

Fairview Colony will operate the farm in an environmentally sensitive manner. All animal waste will be stored below buildings in permitted and inspected concrete pits. Animal waste will be applied in the Fall each year in a manner that minimizes odor and best utilizes the nutrient value for crop production. The farm operation will be kept clean and neat and Fairview Colony intends to be a good neighbor that is proactive in all their management practices.

Fairview Colony will operate as an industry leader in animal care. Proactive, science-based technology proven to improve animal welfare will be utilized in the farm operations. Farm personnel will be continuously trained in animal care following the We Care Principles set-forth by the National Pork Board and will be PQA and TQA certified. Animal care at all times will be in compliance with the Common Industry Audit standards and their agreement with Coleman Natural Foods.

This herd is raised in an antibiotic free manner in accordance with protocols set by Coleman Natural Foods. But if a pig is in need of antibiotic treatment it is separated from the herd and is treated with antibiotics in a responsible manner as instructed by the veterinarian.

Herd health protection will be a primary factor with the design of the farm and with all operational decisions. Strict biosecurity protocols reduce the need for antibiotics because it helps to prevent the pigs from coming into contact with disease. The farm personnel will have to shower-in and shower-out. Dead pigs will be composted on-site to prevent the need for rendering vehicles to enter the farm.

Animal movements will be done with a dedicated livestock trailer for bio-security reasons. After each delivery of livestock, the trailer will be washed and disinfected before it is returned to the farm site. No other livestock vehicles will be allowed to come in contact with the farm. Access to the farm will be restricted to on-site employees and dedicated feed trucks.

Innovative technology will be used in several farm operations. Ag Plus has supplied the latest internet based information and communication systems that will transfer real time data. This will enable employees on-farm to interact via audio and visual systems at any time with the offsite management team. Fairview Colony has also elected to use the latest in energy saving fan and lighting technology.